skip to main | skip to sidebar

The Return of the Living Dead Soundtrack 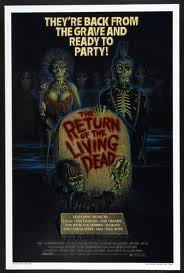 Before I knew shit about Romero and the original Dead trilogy, there was only one sequel I knew to Night of the Living Dead, and that was Return of the Living Dead(1985). As I would come to find out further down the road, Return wasn't a real sequel as much as an homage or a piggybacking off of Romero's earlier zombie works, much like most of the Italian zombies works from the 70's and 80's. Even after hearing this news I still didn't give a fuck. Return of the Living Dead is still one of my favorite horror movies of all time, despite the camp, no matter how many horror purists chastise me for loving it.

It also has one of the best soundtracks of all time. Sure, it's not composed by Goblin and Morricone, but there aren't that many OST's out there that have such a great line-up of 80's "punk" royalty. The Cramps. TSOL. 45 Grave. Throw in some goth/death rock and a little weirdness from Roky Erickson and your good to go. You can't deny this is classic shit. And thanks to the power of Youtube, I am able to provide you, the general public, with the kick ass soundtrack to drown out an hour of work day sorrows.

(Bear with me.I'm trying to put this in the correct order as seen on the OST but I'm getting different listings from different sources)

3. Burn the Flames - Roky Erickson(for some reason, Youtube doesn't have this song in it's entirety, dammit!!)

7. Love Under Will - Jet Black Berries

8. Eyes Without a Face - Flesh Eaters

Email ThisBlogThis!Share to TwitterShare to FacebookShare to Pinterest
Posted by braankraayon at 7:28 AM 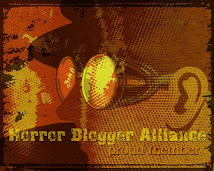 cinema blogs are the shit